Turquoise is one of the most historically significant gemstones. There is evidence that ancient Egyptians were working with turquoise for jewelry over 7,500 years ago! It is believed that name came from the fact that the stone was first introduced to Europe by traders from Turkey. These traders were called "Turks" and the stone they traded was called the " Turkish Stone". The spelling we use today was probably derived from the French phrase "pierre tourgues" which means Turkish stone.

Turquoise was actively mined as a far back as 2100 B.C in Persia ( the area now known as Iran). The turquoise that was mined there is referred to as Persian turquoise, and that name still carries a certain pedigree. Today the largest producers of turquoise are the United States (Arizona, New Mexico and Nevada) and China. It is also mined to a lesser extent in Mexico, Afganistan, Chile, Russia, Australia , and Iran. 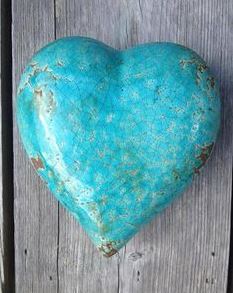 Turquoise is usually an opague blue gemstone, although it is also common to see some green colors of turquoise. The best quality stones are referred to as robin's egg blue and have no evidence of veining or spider web matrix on the surface.

Turquoise is often associated with Native American jewelry and culture. Mining and manufacturing certainly play an important role in the Native American economy, and turquoise has also historically been one of the most versalite recources in Native American History. Its blue color represents the sky and water, elements considered essential for all life. It was ground up into powder form to use as a base for war paint; sometimes concumed, because it was thought to have magical powers; used for a various tools; and, worn for decoration. 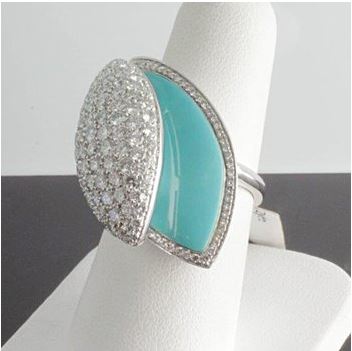