is the most popular and valuable member of the quartz family of gemstones. It was once mined almost exclusively in Russia and was one of the most highly prized and expensive gemstones in the world. Indeed, at that time only royalty and the aristocracy could wear amethyst. Sometime, at about the turn of the twentieth century, large deposits of amethyst were discovered in South America and that made it more readily available to the average consumer. While the prices became much more affordable, the allure of amethyst has never waned. 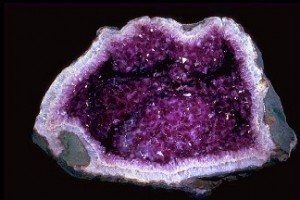 A legend says that Bacchus, the roman god of wine, was so angry with mortals that he vowed to feed the next human to cross his path to the tigers. Unfortunately, a maiden by by the name of Amethyst crossed his path on her way to worship Diana, the goddess of nature, fertility, and childbirth. Diana changed Amethyst into a pillar of colorless quartz to save her from the tigers. Bacchus was so impressed with Diana's miracle that he poured his wine over Amethyst changing her color to purple and the first amethyst gemstone was created. The name amethyst comes from a Greek word "amethustos", which means "not drunken". It was believed that wearing amethyst would protect you from drunkenness, although I have never successfully tested this premise. It is still advisable to not drink and drive no matter how much amethyst you might be wearing at the time. 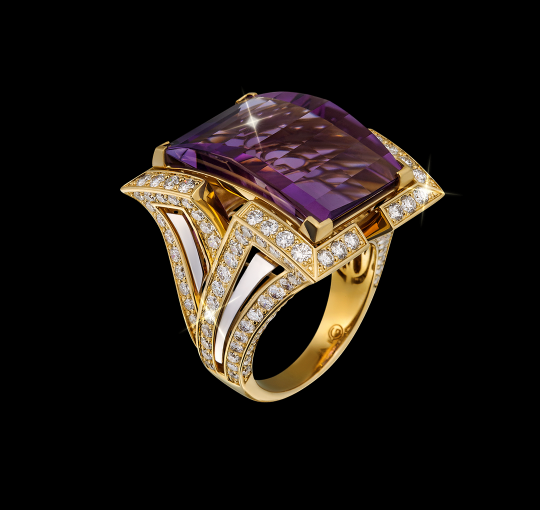 Today, the major source for Amethyst is Brazil where you can find a deep purple color and fairly large stones. Africa has also recently become an important source for amethyst. African amethyst is usually somewhat smaller that its Brazilian counterpart, but it is does have the most sought after color - a royal purple color with reddish overtones.